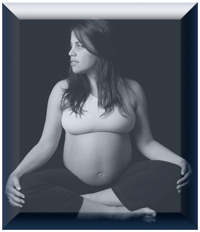 A HEALTHY PREGNANCY FOR MOM & BABY

Regular exercise is widely recognized for its overall health benefits. Pregnancy is recognized as a unique time for behavior modification and no longer considered a "condition" requiring severe activity limitation or confinement. Today more and more women are enjoying active pregnancies, producing important health benefits not only for themselves, but also their babies.

Anatomical and physiological changes during pregnancy can affect the musculoskeletal system at rest and during exercise. The most obvious of these is weight gain. Increased weight in pregnancy can significantly increase compressive forces across joints such as the hips and knees, sometimes by as much as 100% during weight-bearing exercise such as running. Such large joint loads may cause discomfort in normal joints and increase damage to arthritic or previously unstable joints.

Because most of the weight gained is located in the lower abdomen, pregnant women typically develop an accentuated lumbar lordosis (curvature in the lower back), which contributes to the very high prevalence of low back pain. Balance may be affected by changes in posture, predisposing pregnant women to loss of balance and increased risk of falling.

Another important musculoskeletal change during pregnancy (particularly the third trimester) is an increase in ligament laxity, leading to increased risk of joint instability. This increased laxity is caused by elevated hormonal levels, specifically estrogen and relaxin. The effects of these hormones is particularly prevalent in the pelvic region - the area of the body which must adapt the most to successfully deliver a baby - contributing to incidence of low back and pelvic pain. Overall, this change in joint laxity can predispose pregnant women to increased incidence of strains and sprains. 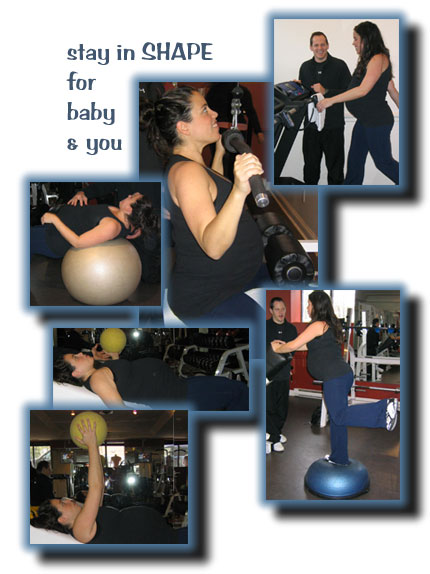 Exercise prescription for the development and maintenance of fitness in non-pregnant women consists of activities to improve cardiorespiratory and musculoskeletal status. This normally involves specific combinations of both resistance training with weights and cardiovascular (or aerobic) exercises. Exercise prescription in pregnancy should include the same elements. Aerobic exercise can consist of any activities that use large muscle groups in a continuous rhythmic manner-for example, activities such as walking, hiking, jogging/running, aerobic dance, swimming, cycling, rowing, cross country skiing, skating, dancing, and rope skipping. There are no data to support the restriction of pregnant women from participating in these activities, although some activities carry more risk than others. Pregnant women should consult a fitness professional in a supervised environment to ensure the safety of their exercise program.

After the 13th week of pregnancy, about 300 kcal per day are required to meet the metabolic needs of pregnancy. This energy requirement is increased further when daily energy expenditure is increased through exercise. In weight-bearing exercise, such as walking, the energy requirement progressively increases with the increase in weight during the course of the pregnancy. A related consideration to nutrition and exercise during pregnancy is adequate carbohydrate intake. Pregnant women use carbohydrates at a greater rate, both at rest, and during exercise, than do non-pregnant women.

Many of the physiological and morphological changes of pregnancy persist for four to six weeks post partum. Thus, exercise routines may be resumed only gradually after pregnancy and should be individualized. Physical activity can thus be resumed as soon as physically and medically safe. This will certainly vary from one woman to another, with some being capable of engaging in an exercise routine within days of delivery. 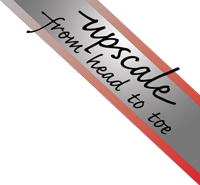 DISCLAIMER ... Information is for educational purposes only and is not medical advice, nor intended to replace the advice or attention of health-care professionals. Please consult your physician or book a consultation at SHAPE before altering diet or exercise programs, for diagnosis or treatment of illnesses/injuries, for advice regarding medications and prior to making use of the information on this site.
Webcraft, Site Maintenance & Hosting By Thistle Site Design / Joomla!® Specialists
Go to top